Frarie VII, given its more hospitable temperatures and abundant resources, was the first of two planets in the Frarie System to be colonized by the early Intaki settlers.

Tragedy struck the early settlements, however, when a previously unknown bacterium native to the planet nearly wiped out the initial population. The bacterium caused an extraordinarily quick but painful death in 99 percent of those who came into contact with it.

A small pocket of people with a natural immunity to the bacterium survived, but remained infected and contagious. The entire planet was locked down in quarantine and by order of the Intaki Assembly all space faring vessels were destroyed. Within weeks of the initial outbreak, the settlers were left to fend for themselves.

During the next few years, the settlers began to divide into two clans. The larger group worked to develop medical technology to cure themselves and put and end to the contagion. A smaller, more radical group plotted to defy the quarantine and escape the planet.

For more than 30 years the conflict drug on. Both groups were marginally successful in reaching their respective goals, but constant conflicts between them prevented total fulfillment.

Despite their lack of success in curing the disease caused by the bacterium, the larger group did develop many medical breakthroughs. In time their entire society came to be led by the council of doctors that served to lead the research efforts.

The smaller group made a number of breakthroughs in technology as they struggled to recreate all the necessary systems to assemble and launch a space vessel. A council also led this group for a few years until a charismatic young man posing (falsely) as the reborn incarnation of an Idama killed by the plague named himself Majamantra Tel’ek the I.

It was actually Vashti, the daughter of Tel’ek, who was instrumental in cementing the future success of the Frarie VII colony. Described as a young woman of exceptional beauty and powers of persuasion, Vashti believed that rather than fighting with the doctors, her clan should work with them. 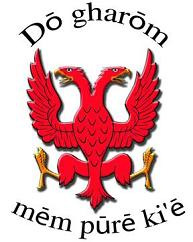 Given the bitterness that developed after three decades of often-bloody conflict (raids against the research facilities of the opposing clan were fairly common) parties from both clans initially met Vashti’s proposals with resistance. However, her marriage to the head of Medical Council coupled with the untimely demise of her father and her ascension to the position of Majamantri helped win supporters to her cause.

In short order, the Medical Council abdicated its authority to Vashti and the researchers from both clans began working together. The breakthrough that led to the cure of the disease was still another 20 years coming, but it did come. Spaceflight was achieved at nearly the same time.

Once more able to participate in interstellar trade, the colony quickly made a name for itself as a producer of medical technology. In addition the labs that had been used for decades to eradicate the Frarie bacterium were soon being used to develop treatments for use on other colonies facing similar troubles with native pathogens.

The hereditary line established by Tel’ek remains intact today with Majamantra Jav’ri II a direct lineal descendent of the original monarch. The family crest and the official symbol of the colony is a two-headed eagle bearing the slogan “Two Houses Made Whole.”

The locals call the colony Ud’har, a word in the Intaki language that translates loosely as “redemption”.