Home | About Us | Rules of Engagement (ROE) 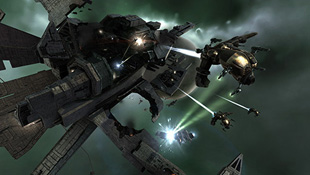 The Intaki Prosperity Initiative provides security to individuals the alliance has identified as engaging in legitimate, lawful enterprise for the benefit of the Intaki sovereignty, while removing pirates and other criminal and undesirable elements. As such, the alliance follows “Not Blue – Shoot It” (NBSI) rules of engagement.

Standings are granted to anti-pirate and industrial groups who pose no threat to the interests of the Intaki Prosperity Initiative or Intaki Assembly.

All individuals, corporations, or alliances believed to be working against the best interests of the Intaki sovereignty are considered hostile at all times and will be killed on sight.

If you feel you have been wrongfully attacked by IPI pilots, contact us at the earliest opportunity to discuss further.