A lot can happen to a corporation in eight years—and ILF is no exception—but our goals remain the same today as they were in YC108: campaign for Intaki independence, fight against piracy, and improve the local economy. It takes a lot of dedication and passion to remain true to objectives like these. Ultimately, I think we have been able to maintain these missions for so long because at their heart they have one thing in common: the desire to improve the lives of the baseline and capsuleer populations in the Intaki sovereignty. We’re here to help others.

As I look back on ILF’s history I see a rich tapestry of wins, losses, lessons, and achievements.

In YC112, the corporation’s founder and original Suresha, Saxon Hawke, was kidnapped. Despite fears that he would not be returned to ILF alive, both the corporation and members of the public rallied together while one pilot, Hawke’s second-in-command AncientGuardian, undertook a daring mission into Serpentis-controlled nullsec to rescue him. Just over a year later, when Prosperity Station was threatened by hostile forces, we again saw our members, allies (including pilots from opposing militias), and concerned citizens come together to assist us. These are just two humbling examples of the value of loyalty and friendship, and a reminder that fostering positive relations in New Eden is never a wasted effort. 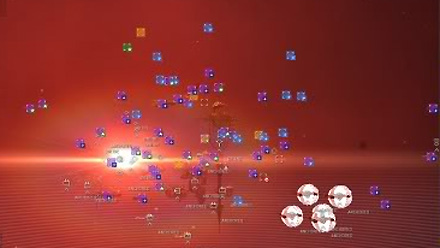 The sixty-day conflict between IPI and Coreli in YC114 forced us to re-evaluate our ability to stand on our own two feet. Although public support for ILF and IPI was strong during this war, on the battlefield we came up short—and so we were taught several hard lessons about the need for self-reliance and maintaining combat readiness. This came at a cost of course, but despite this adversity we pressed onward and continue to work on improving our skills. We’ve since been described as one of the most resilient lowsec corporations in New Eden. Even in times of war, most of our regular operations continue unimpeded.

One of our ongoing projects centers around maintaining and growing lowsec trade hubs in Intaki and Agoze. The Intaki V-5 trade hub was formally launched on March 9, YC112 by Apollonius Verus and by July of that year the Interstellar Correspondents had reported on ILF’s success. Plans for the Agoze IX-2 trade hub began in April of YC114 and both hubs continue to be supplied by pilots in ILF and IPI, as well as other local traders.

Perhaps our best known and most successful initiative is the Intaki Prime Relief Effort which began in May of YC111. Originally spearheaded by ILF pilots Sumerio Rayej and Apollonius Verus, over the years the relief effort has provided hundreds of thousands of m3-worth of goods to Intaki. In its heyday the program garnered attention from the Interstellar Correspondents and now continues to be regularly supported by our members as well as the general public whenever Intaki and its colonies are in need.

I think it speaks volumes that our greatest achievements have come from non-violent initiatives and I’m proud of my members for taking time out of their busy day to support the corporation, whether by donating loot recovered from agent missions and exploration, or by volunteering to manage our production lines and market orders, or by tirelessly patrolling the Intaki sovereignty (in space and on the ground) and fighting the pirates who live here…or by doing so many other countless things. Thank you. ILF has been and continues to be graced with talented, dedicated, passionate pilots and soldiers who demonstrate tremendous integrity, understanding, and generosity. ILF could not have accomplished all it has done in eight years without them and their contributions.

In two years we will celebrate ILF’s ten-year anniversary. I hope the people working beside me today, along with many new faces, will be there to celebrate it. Who knows what new victories, projects, and other adventures await us? I’m looking forward to finding out.