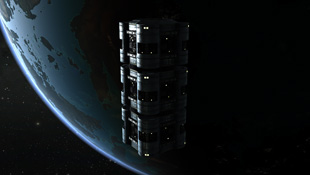 Despite being the home system for one of the Gallente Federation’s founding members, the Intaki system is rated as 0.1—the lowest security rating possible before being considered fully lawless and uncontrolled space in the eyes of CONCORD. High security space is a dangerous three jumps away. Intaki also falls within the contested zone set out by the CONCORD Emergency Militia War Powers Act.

Nevertheless, and even though its planets are resource-poor, Intaki is one of the wealthiest systems in the Federation due to its planetside services and advanced manufacturing[1]. When the system was occupied for the first time by Caldari militia forces in March of YC111[2], resources not available in Intaki which are required to support the aforementioned industries quickly grew scarce, leading to shortages of high-tech and heavy industry products[3][4].

In May of YC111 the Intaki Liberation Front launched the Intaki Prime Relief Effort to help relieve these severe shortages. During one operation that received widespread media attention, ILF provided over 150,000m3 of goods to the Intaki homeworld.

In the years since the initial occupation, Intaki has been claimed and lost by Federation and State forces countless times. Combat between many groups (whether affiliated with the Empyrean War or not) happens in system on a daily basis. Additionally, Serpentis and capsuleer pirates persist in preying upon transports and other industrial ships. Combined, these factors cause economic disruptions and make transportation of goods into the area risky.

Thus, it should come as no surprise that, from time to time, citizens of the Intaki system will still experience shortfalls in supply of assorted commodities. The severity of these shortages ranges from minor to critical depending on each situation. Today, the Intaki Prime Relief Effort remains an open program dedicated to resolving these deficits as needed.

As the specific goods required in Intaki at any given time will vary, media reports often provide a guideline for which donations are needed most. For example, the orbital strike tournament in YC115 resulted in a specific need for construction blocks and tools, certain electronic and mechanical parts, metal scraps, fertilizer, and soil[5]. Likewise, ground fighting that same year necessitated a short-lived but acute need to replenish medical supplies[5]. Antibiotics, bottled water, and even Quafe are frequently sought to be stockpiled on Intaki Prime as a hedge against future crises.

How You Can Help 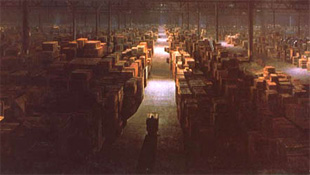 Individual pilots, corporations, and other entities who wish to help alleviate shortages in Intaki can, and often do, partner with ILF under the Intaki Prime Relief Effort. Alternatively, assistance is also easily rendered by contributing goods to the local markets.

If you have items you wish to donate through ILF’s program, first package your donation in a Giant Secure Container (GSC) and transport it to the Intaki system. You are free to have your personnel anchor the GSC in orbit around Intaki Prime. Within thirty days, planetary officials will retrieve the goods and handle further as necessary.

Alternatively, you can contract the donation to ILF at the Astral Mining station in Intaki and we will anchor the GSC for you. ILF offers this GSC anchoring service free of charge. There are a few advantages to having ILF handle this step:

To have ILF deploy your organization’s GSC at Intaki Prime, first deliver the pre-loaded container to the Astral Mining Refinery station at Intaki V – Moon 5. Then contract the GSC to Sakaane Eionell or Bataav. They will arrange to have the containers anchored.

Note: From time to time, some goods are needed in Intaki on an emergency basis which cannot be placed in a GSC because they are perishable or volatile. These items, while just as (if not occasionally more) important as any other donation, need to be delivered quickly either directly to Intaki or with special notice to ILF due to their time-sensitive nature.

Note: ILF does not accept donations of ISK for homeworld relief. Nor does ILF offer compensation for any donations received. In addition, please do not contract relief supplies to ILF at remote locations, as we usually cannot commit to retrieving them.

Many items are welcome to be donated. The following are good choices based on historical needs:

* These items are perishable or volatile and cannot be placed in a GSC.