The Intaki Liberation Front, in cooperation with past and present members of the Intaki Prosperity Initiative, its allies and interested third parties, have established trade hubs in lowsec Placid aimed at improving the economic landscape of the Intaki sovereignty. Supplies are stocked at these hubs so all inhabitants of the Intaki sovereignty are able to shop locally rather than having to travel further afield. The primary hub exists at Intaki V-5, while a secondary hub is housed at Agoze IX-2. 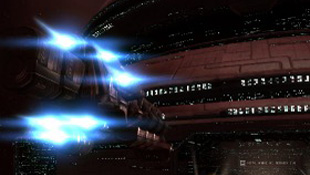 All like-minded traders and manufacturers are invited to establish an operations branch at one or both of these hubs and set up as many buy and sell orders as they please. There are always opportunities to profit, by identifying and filling market holes or competing head-to-head with existing orders.

When planning your economic ventures in the Intaki sovereignty, please keep in mind that IPI is anti-pirate and anti-drug.

The welfare of the citizens of this area is of utmost importance to us. Anyone who preys on upstanding traders and manufacturers are guaranteed to receive a cold reception from IPI and our allies. 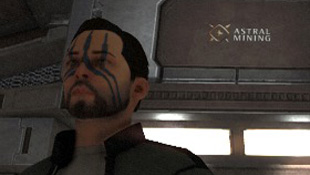 The driving vision for the Intaki V-5 trade hub has been to create a “one-stop shop for small and medium ships”. A limited selection of battleship hulls and related items are offered for sale in Intaki from time to time as well, though the emphasis has been and continues to be to offer everything a capsuleer needs from frigate to battlecruiser.

Following is a general guide to items which should be posted for sale at this hub.

The Agoze hub exists to stockpile and sell minerals and ores. The manufacturing facilities located in this station will provide the Viriette constellation with a solid foundation for heavy industry.

Following is a general guide to items which should be posted for sale at this hub.

Future of the Intaki and Agoze Trade Hubs 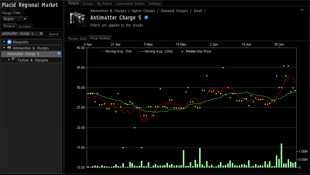 These trade hubs compete primarily with hisec trade hubs at Stacmon and Orvolle. More often than you might imagine, popular hulls, items, and other materials can be found at Intaki or Agoze which are missing from even these busy systems, or at better prices than one or the other of the hisec hubs offer. This in itself is a telling measure of the trade hubs’ success thus far.

What does the future hold? Continued expansion across product lines is a primary objective. Keeping holes in the market filled requires ongoing diligence and effort. There are still important needs left unmet, including tech 2 medium ship hulls, for example, that must ultimately be addressed.

A focus on competitive pricing is also required. As more traders set up shop in lowsec Placid, prices should continue to trend downward naturally as the result of competition.

Lowsec market centers can never hope to compete on the scale of Jita IV-4, and that is not our expectation. Nourishing the growth of solid lowsec trade hubs that pilots find useful and that provide jobs and ever-increasing economic prosperity for citizens of the Intaki sovereignty was our goal in the beginning and remains the primary objective going forward.

As reported by Scope News, the Intaki V-5 Trade Hub enjoyed 15,000,000,000 ISK in sales in the latter half of YC112. Considering that before YC111 economic activity in the Intaki area was minimal, the multi-billion-ISK success of the trade hub to date seems nothing short of a minor miracle.

Would you like to contribute more directly to the welfare of the Intaki system?
If your corporation is anti-pirate, has operations in the Placid region, and is interested in Intaki secession, ask your CEO to consider joining the Intaki Prosperity Initiative.